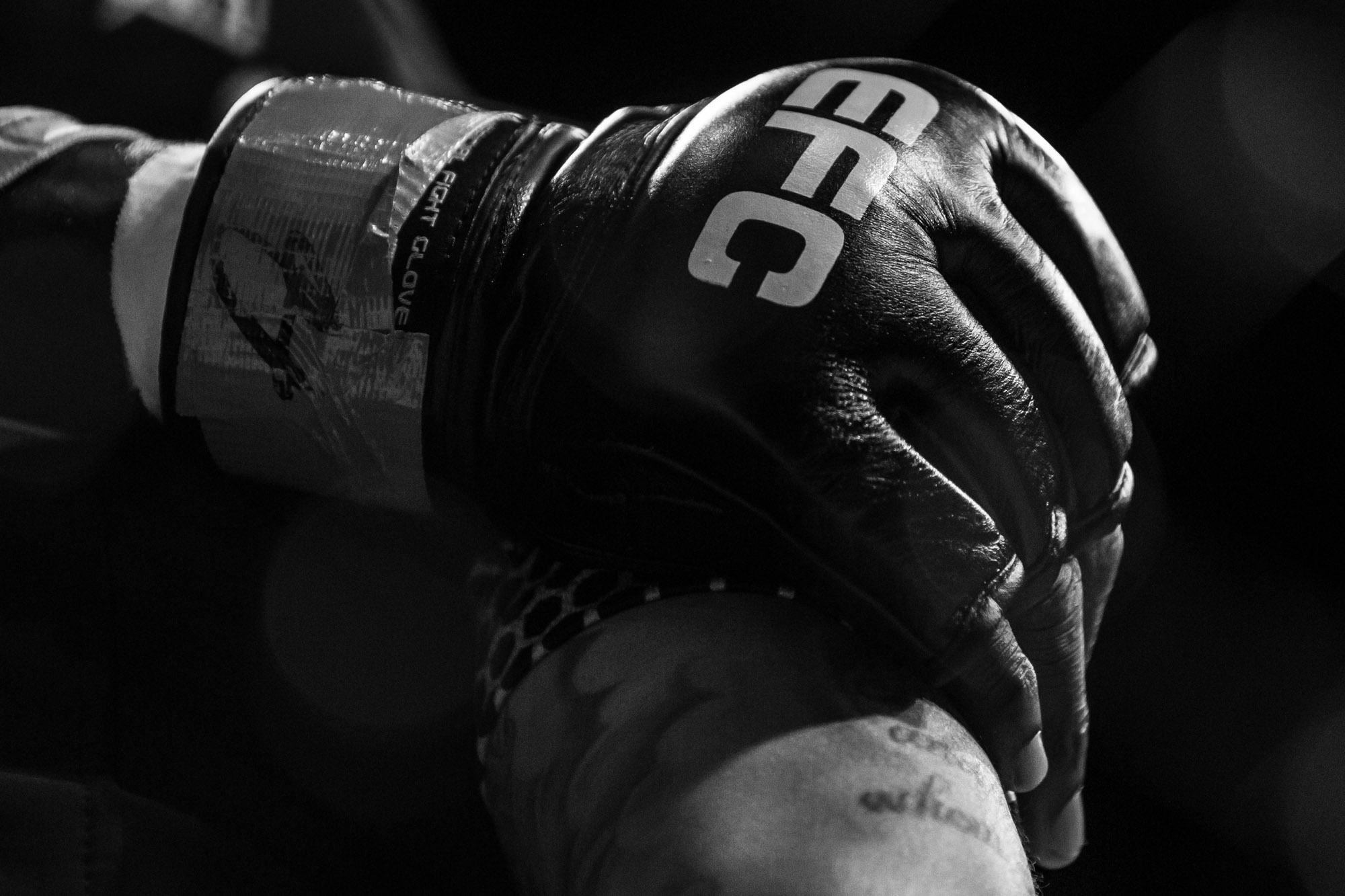 EFC52 – A different kind of entertainment!

I have always had a keen interest in the art of professional fighting and more specifically, martial arts.

The realm of a fight club can be quite intimidating, especially for a woman, so it was only 18 months ago when I decided to join Pride Fighting Academy (PFA) in Cape Town.  I started training with some of the best, not to beat anyone into a pulp, but for the workout and discipline that comes with the sport.

Mike Mouneimne, founder and head coach, was clear in his objectives.  He does not tolerate arrogance and disrespect in his gym.  Ego gets sorted out in the ring…I was suddenly part of a different kind of family and was living a childhood dream!

Naturally, when presented with an opportunity to document the Extreme Fighting Championship 52, I seized the moment for I had trained in the same space that Costa and Madge once shared as master and student. 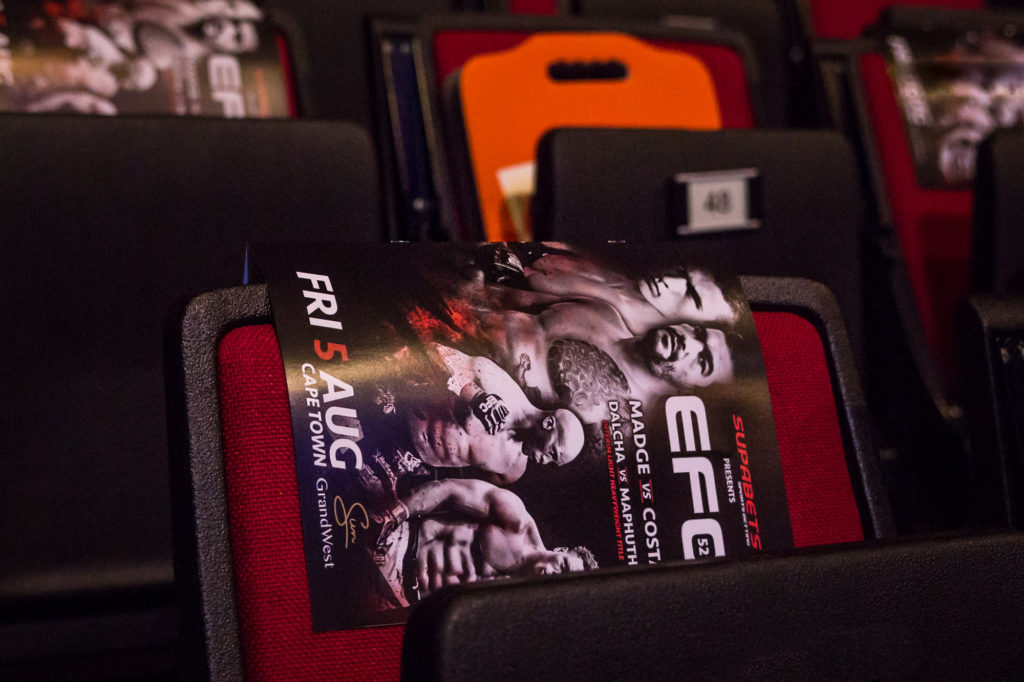 Madge and Costa have unfortunately become bitter rivals since their gym days at PFA and the tention in the run up to the event was palpable:

“Thank God he’s relevant in MMA again, thanks to me.” – Madge

“I will show you respect, something you don’t have for anybody! You change your team mates like you change your underwear!” – Costa

Their differences would be settled in the Hexagon at the Grandwest Arena in Cape Town. 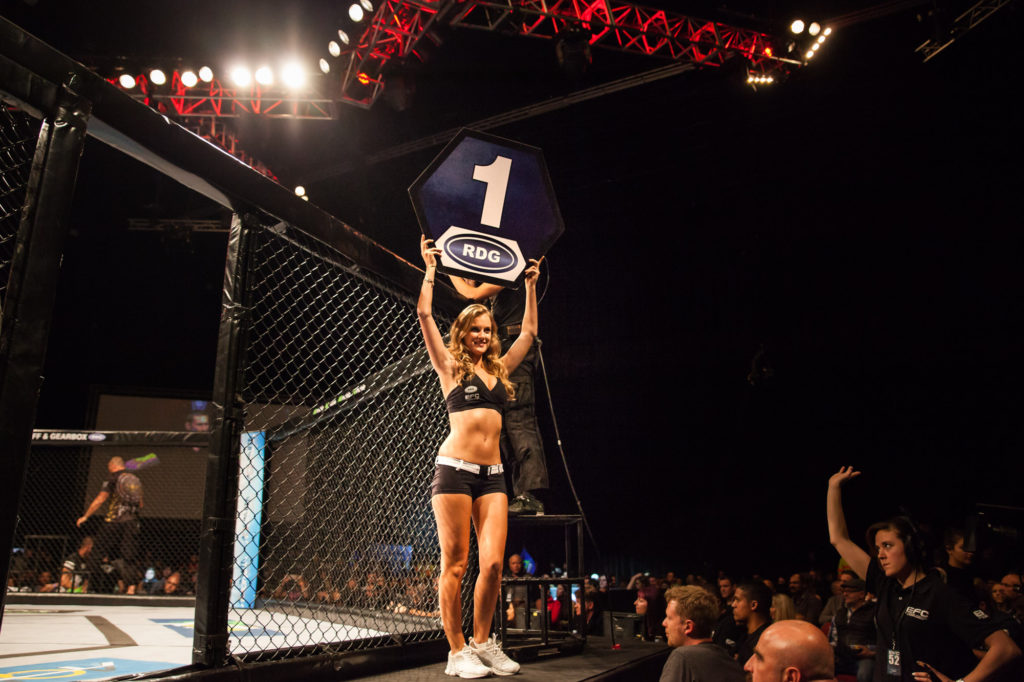 The evening had 6 Prelim Bouts and 5 Main Card Bouts lined up for the enthusiastic spectators, however, to the crowd’s dismay, some fights were over within minutes of the first round.

Following are images that reflects some of the event’s highlights: 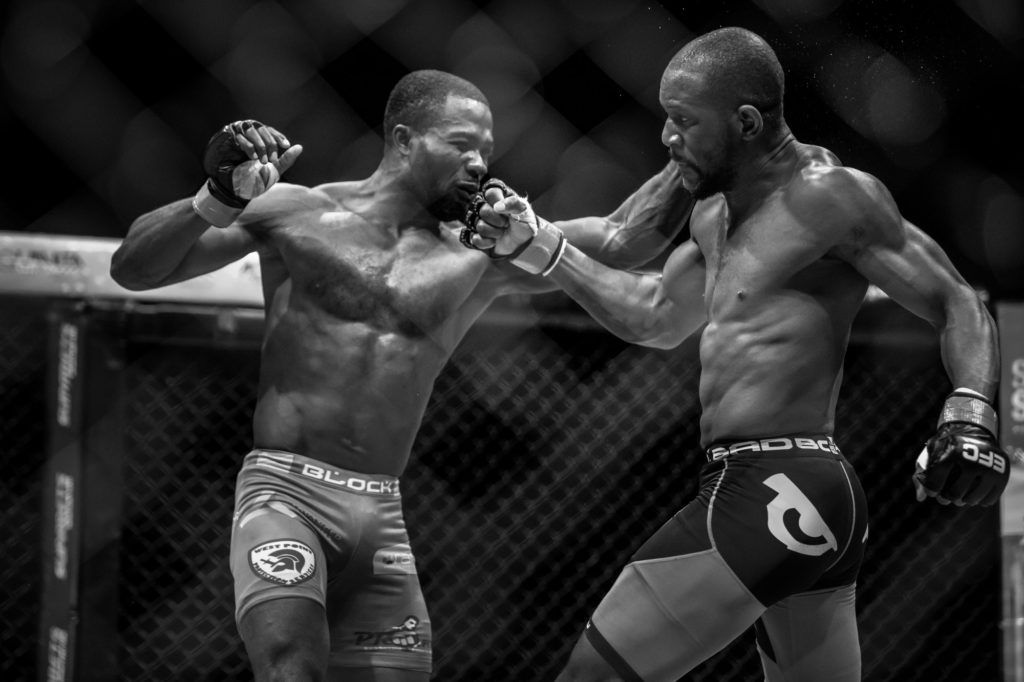 Tumisang “The President” Madiba defeated Sindile Manengela via technical knockout (TKO) in Round 2. 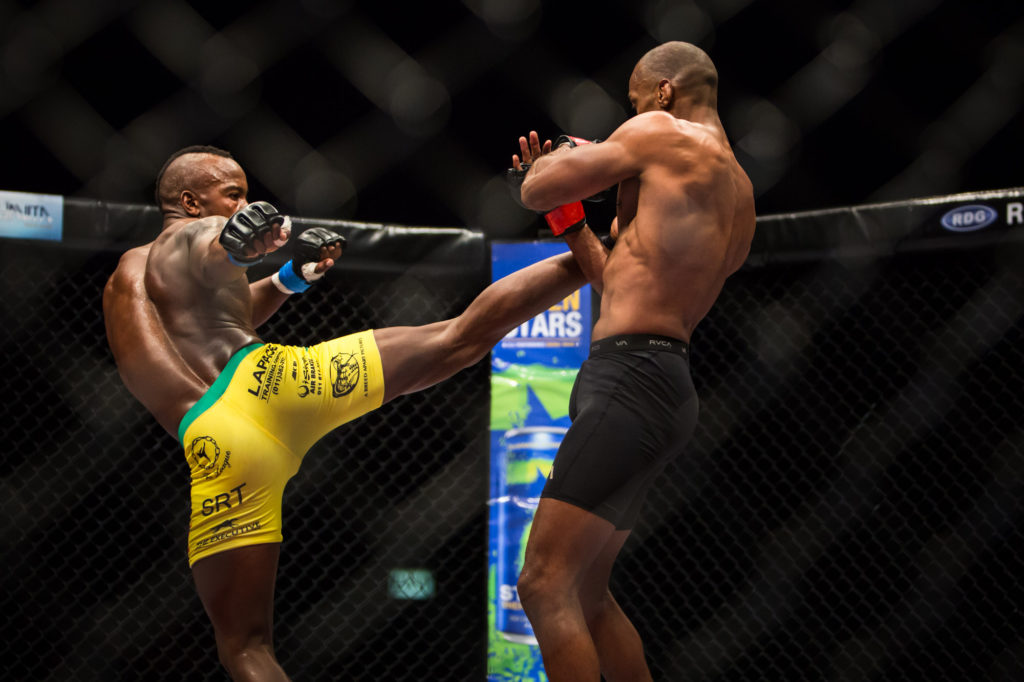 Saxon Delafield rejoices his clinical victory over Sibusiso Mdoku via a guillotine choke in 48 seconds of the first round – it seemed over even before the fight started. 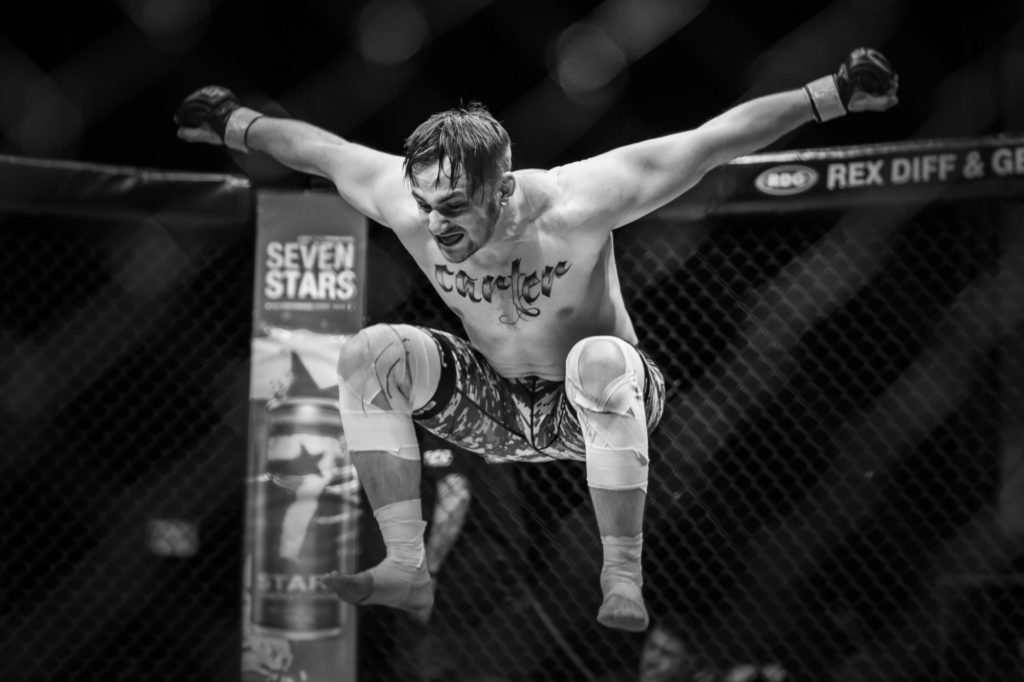 In the co-main event, the interim light heavyweight title went to “Champion” Dalcha Lungiambula who eventually defeated Tumelo Maphuta via unanimous decision after a couple of rounds of “last touch”.  It was only once the referee stopped the fight to affirm that the fighters need to engage or they will be penalized, that the crowd started seeing some action. 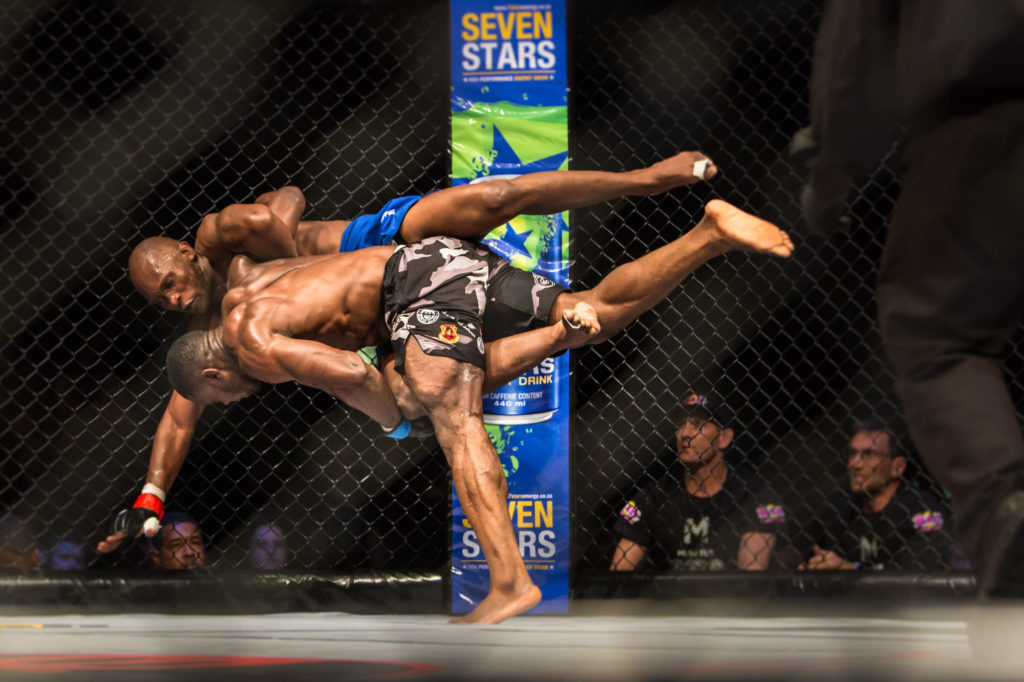 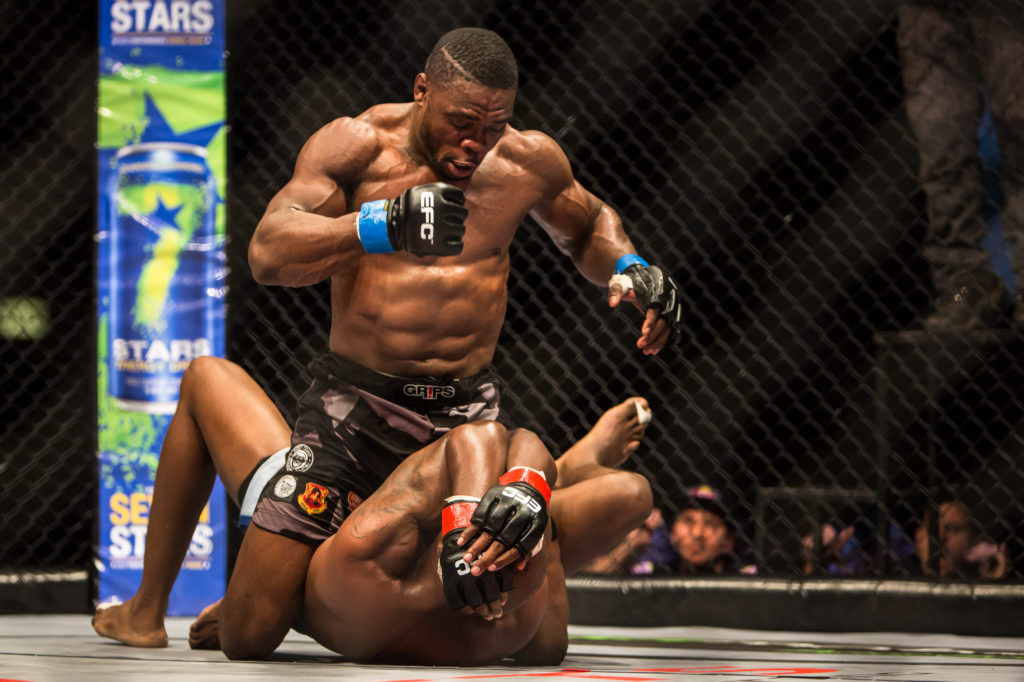 The arena was filled to capacity for the evening’s main event which saw Don “Magic Man” Madge and Jadyson “El Diablo” Costa settle the score, although I got the feeling NOT once and for all. 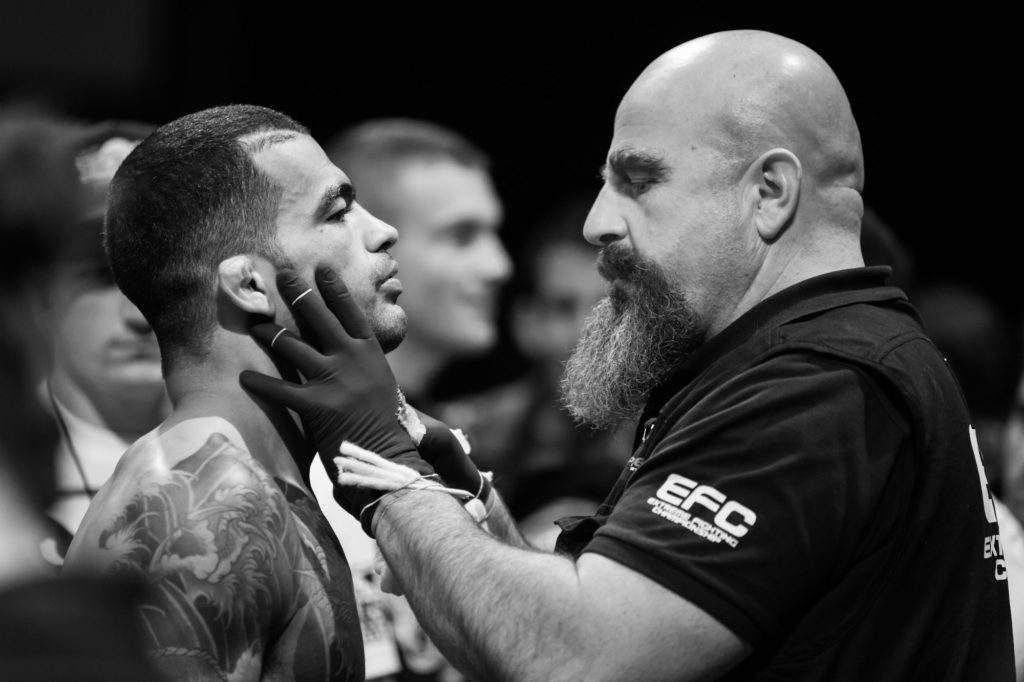 It was obvious that there was no love lost between the two fighters who just wanted to get on with the brawl. 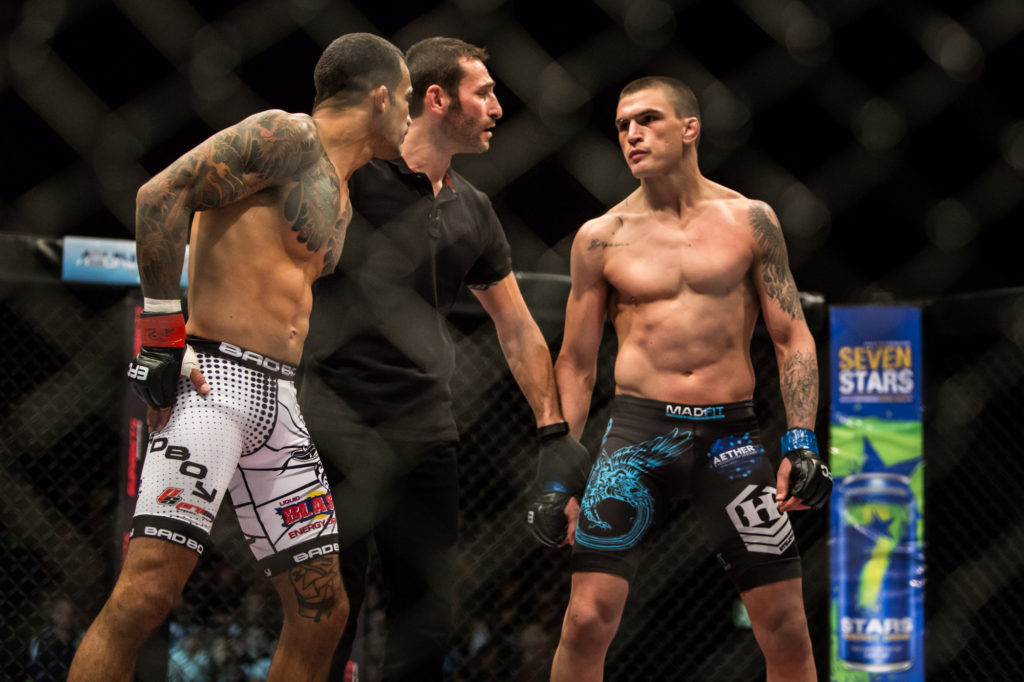 Within seconds of the first round Costa managed to knock Madge down with a powerful left hook and came close to overwhelming his opponent with a choke, but failed to finish the fight. 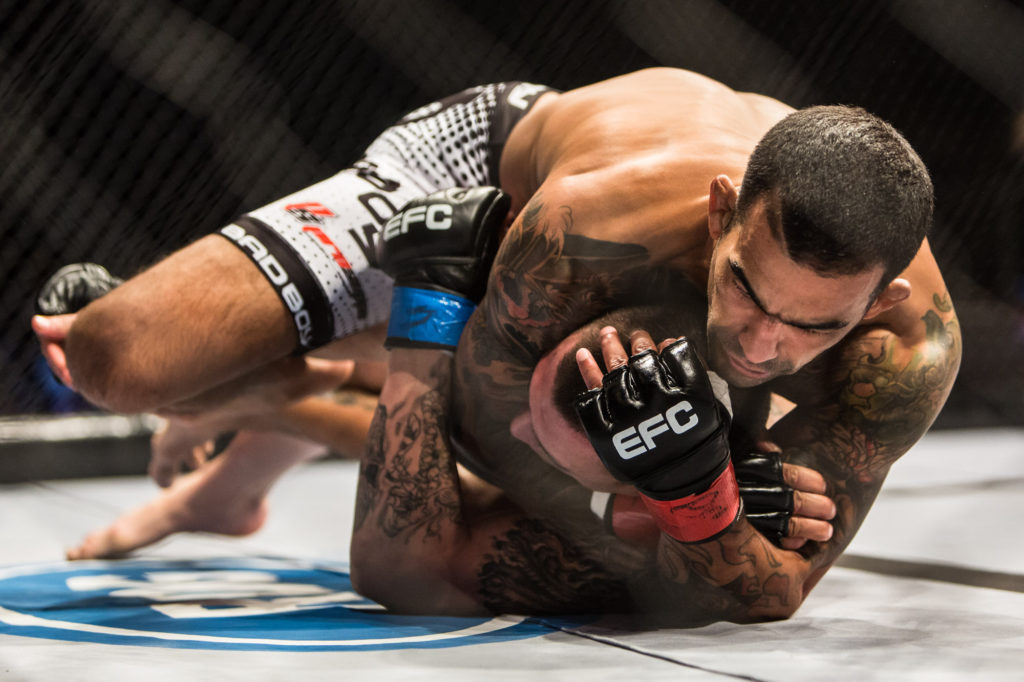 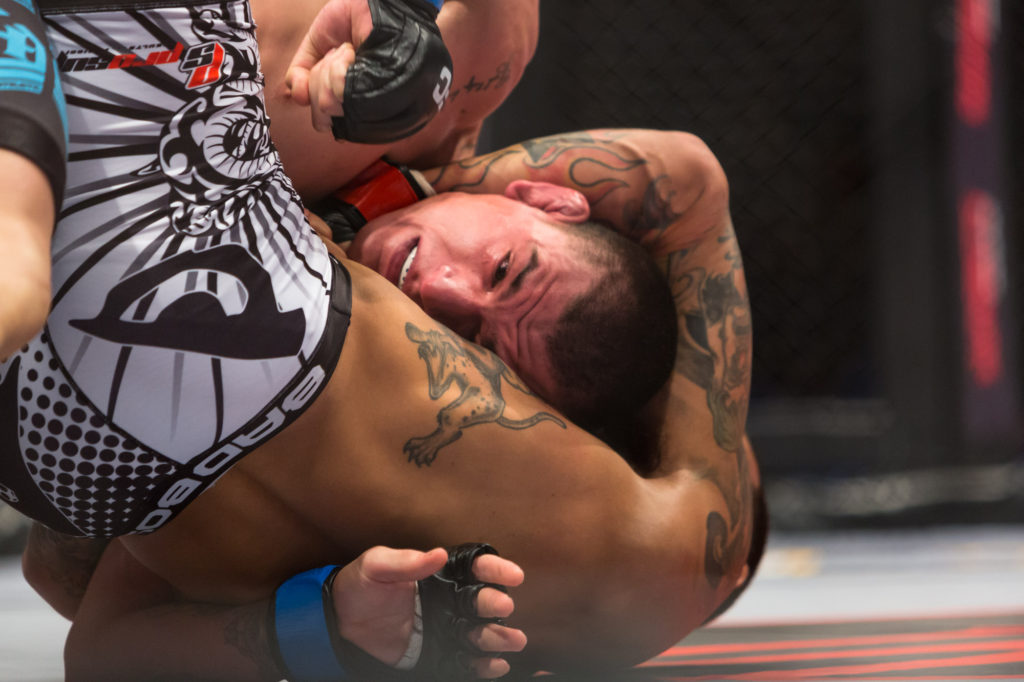 Madge managed to escape after the initial scare and then advanced to dominate the fight.  Referee Bobby Karagianidis stopped the bout 2min31sec into Round 1 when Costa failed to defend himself against Madge’s fists that just did not seem to stop pounding down on him and which brought the fight to an abrupt halt. 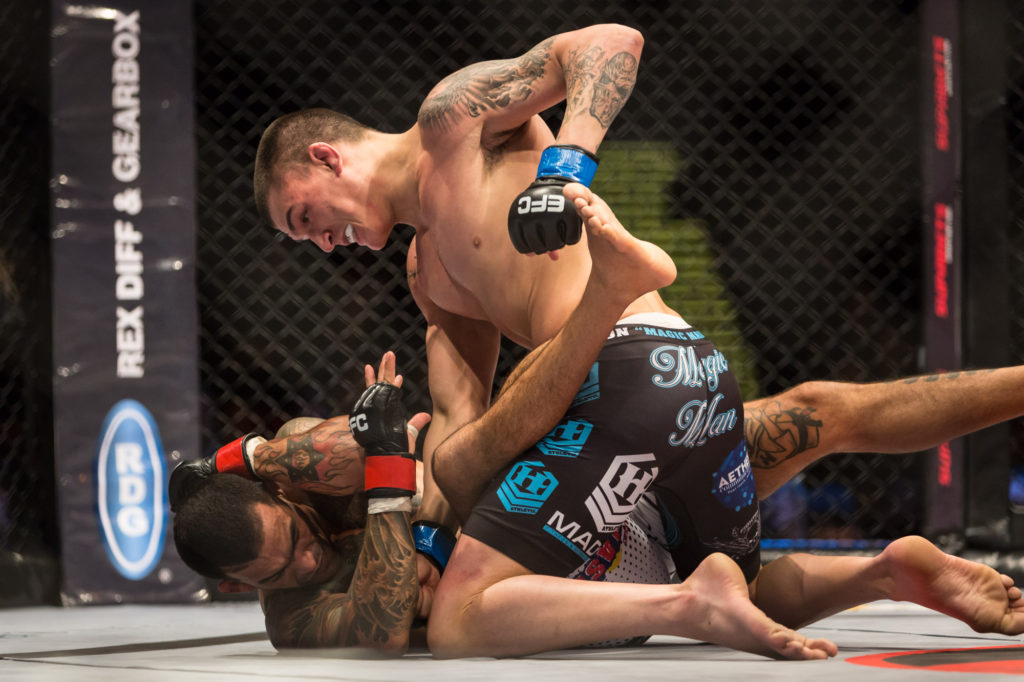 Madge’s pre-challenge testimony almost predicted the “I-won’t be defeated” outcome:  “I prepare as if every fight is the biggest of my life.  My opponent does not influence my level of work ethic.  This is the fight business, not the talk business.  Everything will be evident on the night.  I will assert my dominance on him as a man, athlete and as a representative of mixed martial arts.” 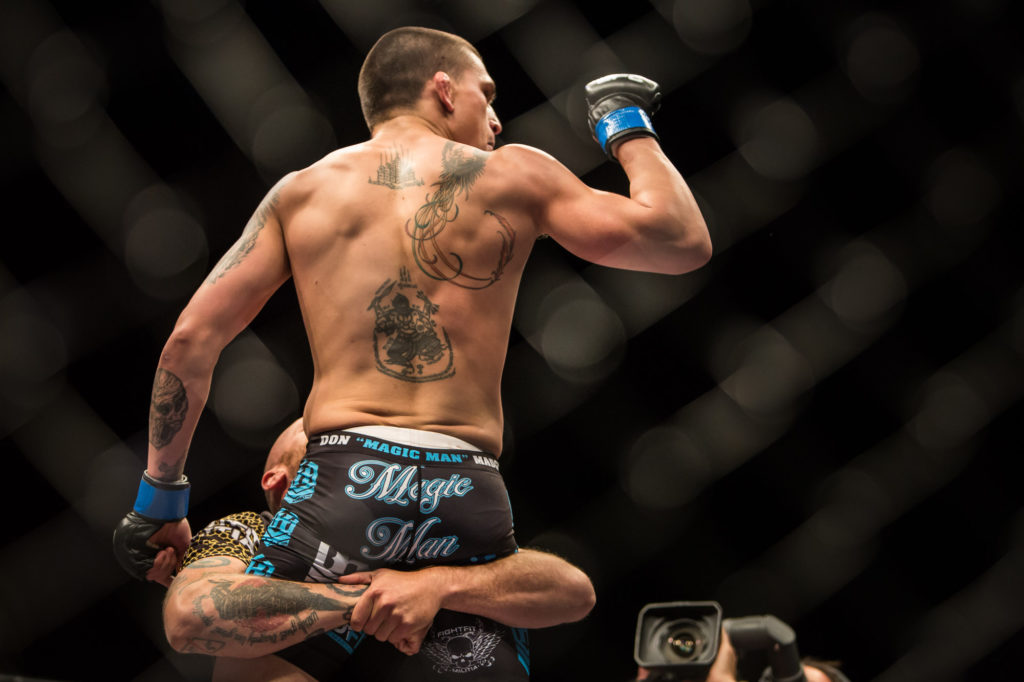 …and so the student became the master!