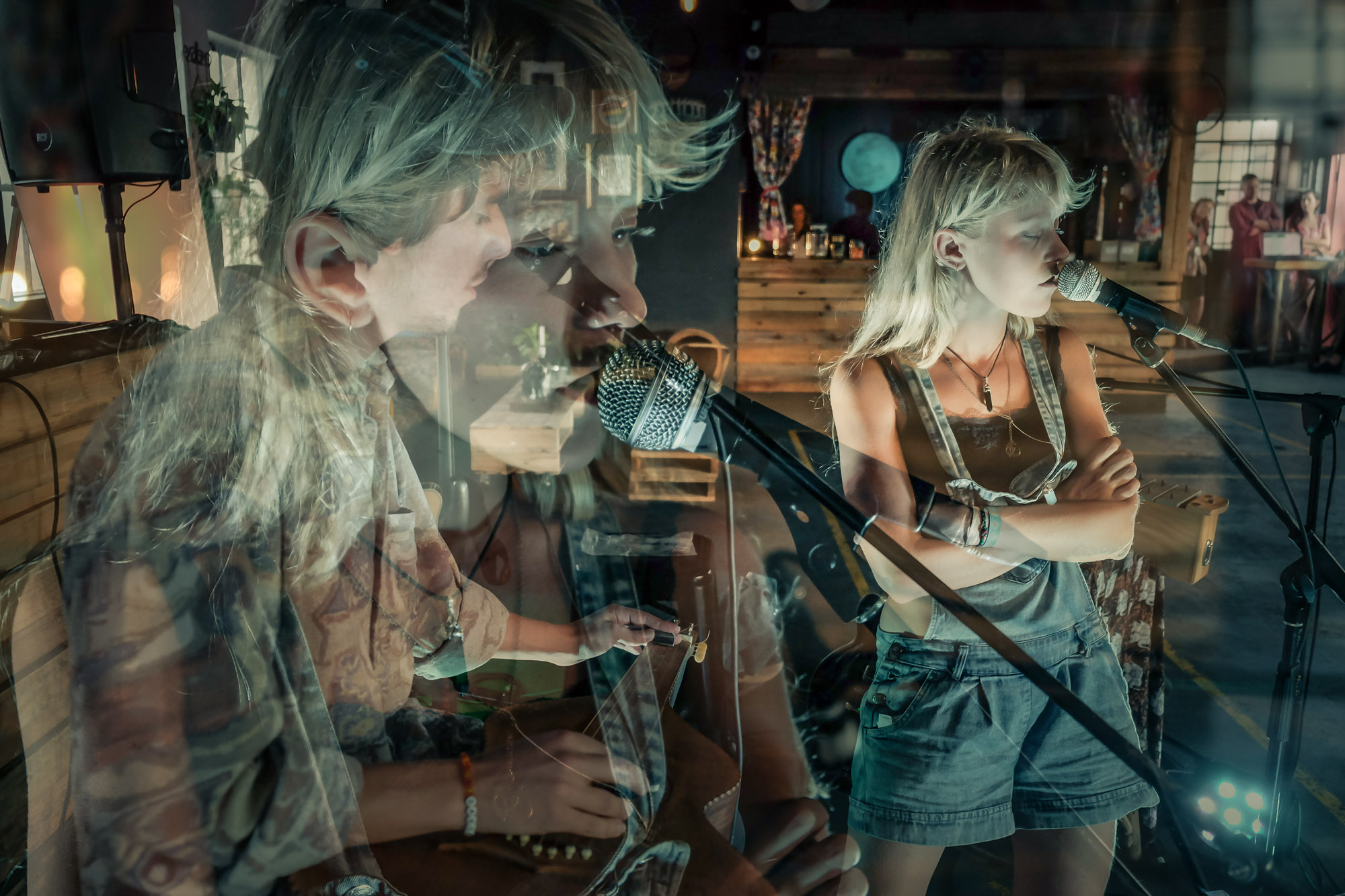 When Big Concerts announced that Alice Phoebe Lou would be the opening act for the legendary Rodriguez on his South Africa tour, I thought: “Who the fuck is Alice!?” (I obviously wasn’t paying too much attention to the TedxBerlin talk when it went viral – guilty!)

Despite the fact that Alice, self-admittedly, likes using the F-word, she made a lasting impression on the audience and me. So much so, that when the quirky poster for The Lucky Packet show started circling on Facebook, I knew I had to document the event. 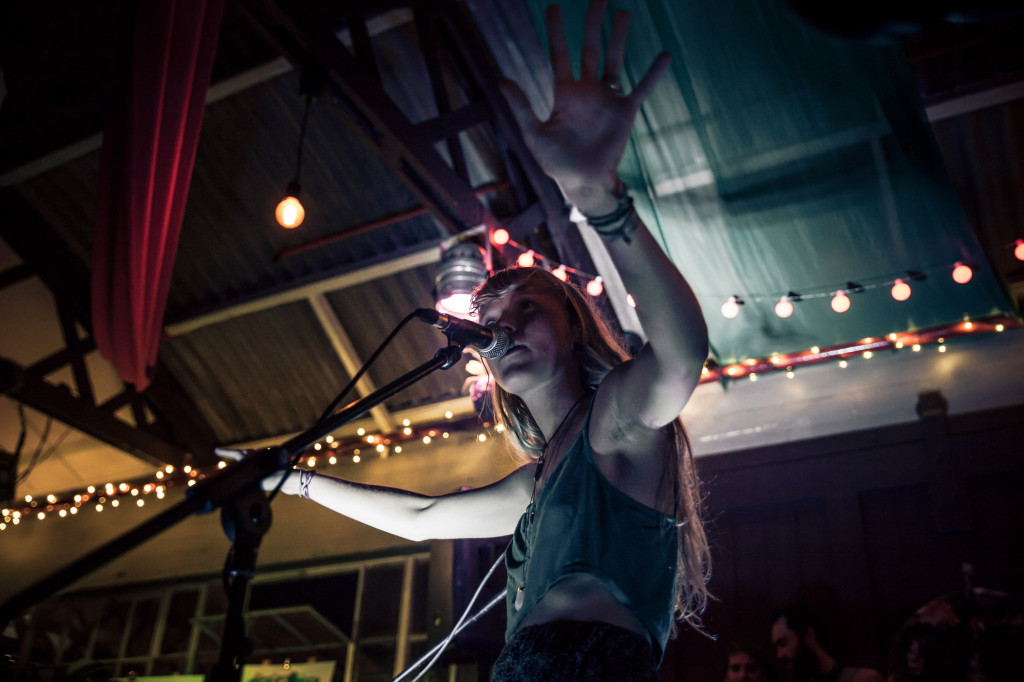 ‘The Lucky Packet’ is Alice’s brainchild which she started moulding last year, but she needed a suitable venue. So thinking a bit outside of the box it made sense to launch this project at the ColourBox Studios in Paarden Island.

This was Alice’s last show in Cape Town, before her return to Berlin and was attended by friends, fans and, I believe, a few curious souls. Let’s face it, there’s this young blond girl who looks like she should still be in primary school, who defies the status quo and then blows your mind when she starts belting out her heart and soul with social commentary that demands attention and awareness. It is the profanity of the lyrics of this young “I won’t be moved” artist that resonates with the listener. 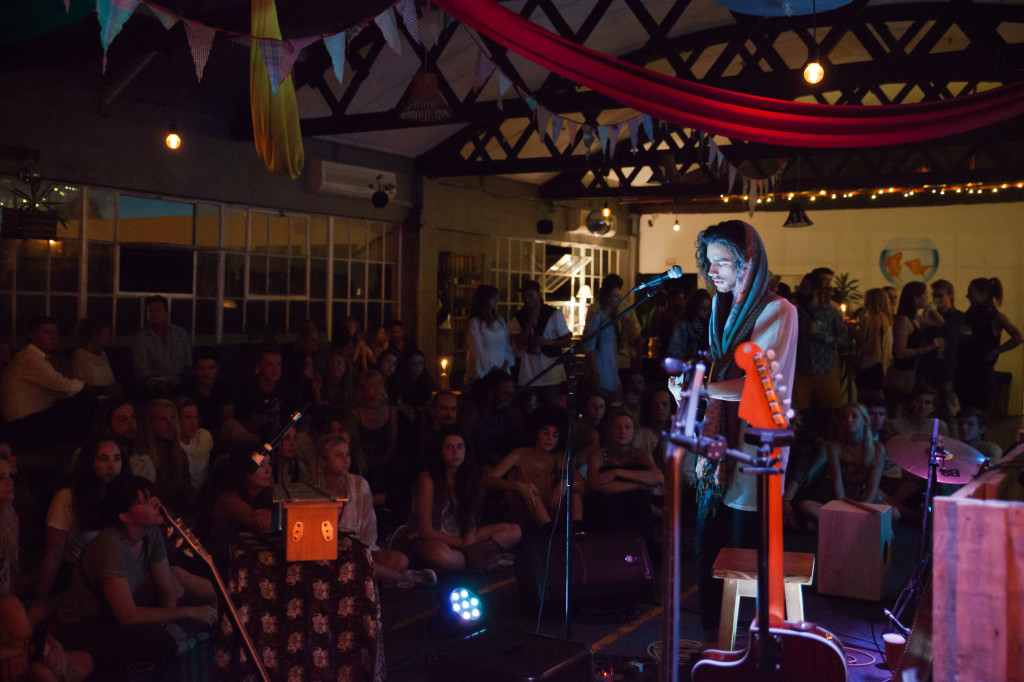 Alice is bubbly and one can feel her energy pouring out as she bounces around like a careless child with her infectious smile, in contradiction to the melancholic tunes she plays. She shares her stage with the likes of Harry Charles (a homie from New Zealand also living in Berlin) and Chris AuReT, who also did the artwork for the cover of her new CD. The part I liked a lot, was watching visual artists like Steven Carter (Joffsart) etching off his magical touch on a blank canvas – literally! 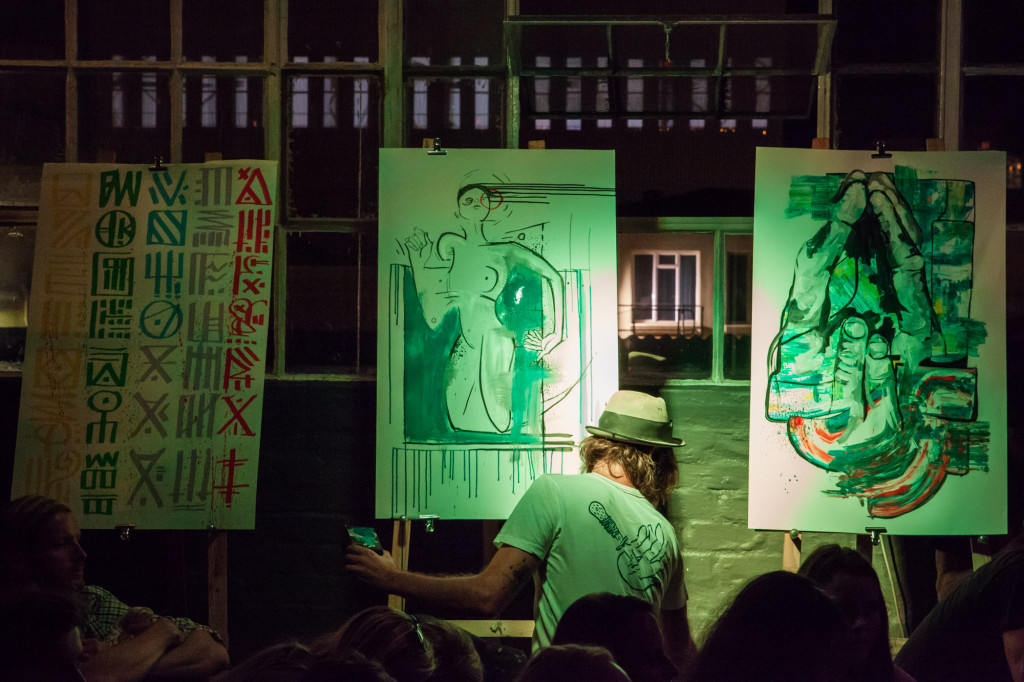 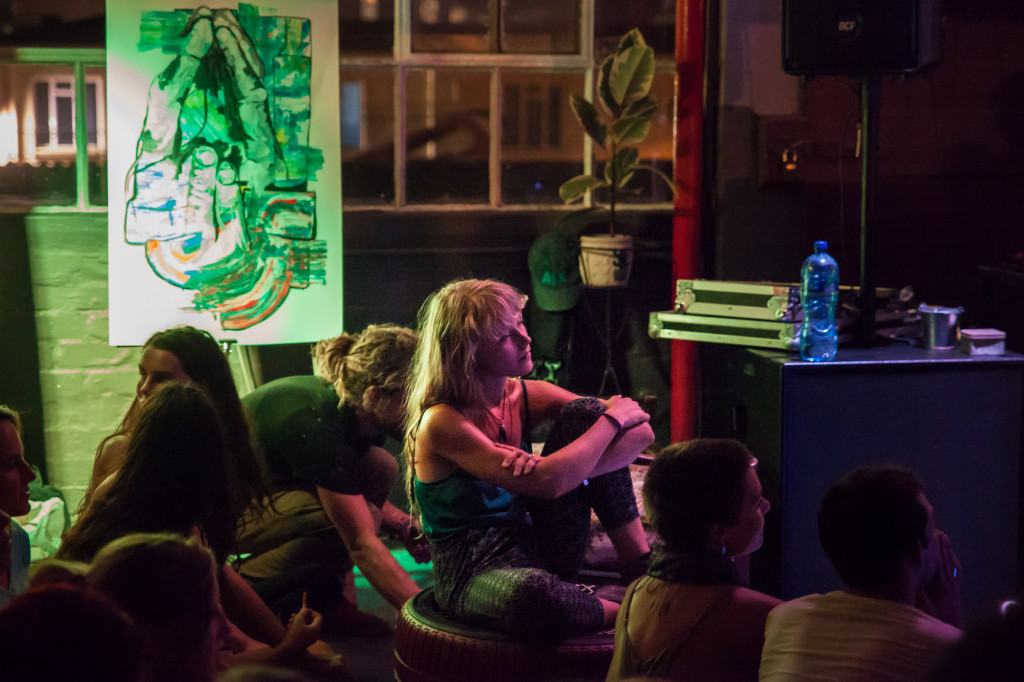 No doubt, Thursday’s show was indeed A Lucky Packet. According to Alice, this is the first of many to follow. For her, it is all about the music, art and collaborating with friends on a platform where everyone benefits from the success. 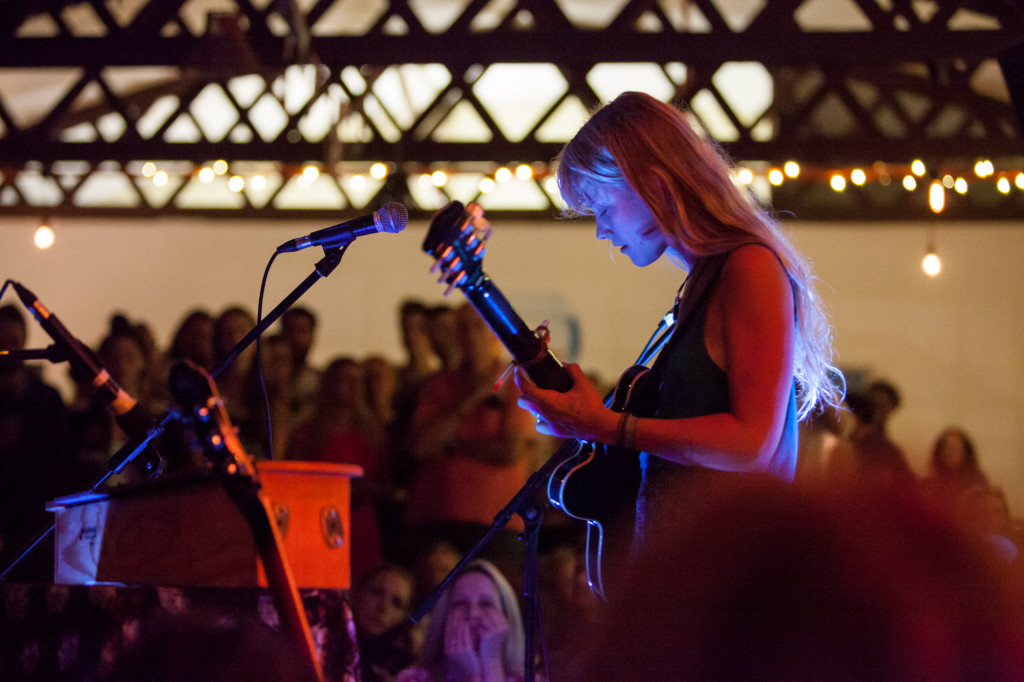 As for now, the fans will have to patiently await the launch of her new CD “Orbit” to be released in April 2016. “Walking in the garden” is a first, glimpse into her new album – enjoy!